Spanning six decades, Wayne Thiebaud highlights the artist’s most quintessential, significant, and compelling work from the near entirety of his career. Thiebaud is most often recognized for his delectable still life paintings of confections, from slices of pie arranged in rows to bakery cases filled with intricately decorated cakes to dishes of colorful lollipops and candies. With paint as thick as frosting, Thiebaud’s illustrative depictions emphasize his subject matter’s physicality. Ornately decorated, densely outlined, and starkly shadowed, Thiebaud’s treats sit for the viewer masterfully rendered and enticing. Though the artist rose to prominence for such paintings, Thiebaud is now renowned for a vast breadth of subject matter—steep and winding cityscapes, saturated expanses of the Sacramento Valley, and attentive portraiture of friends or everyday figures. Art critics have connected his work to a breadth of art movements, analogizing his figurative work to that of esteemed American painter Edward Hopper and his aptitude for still life painting to that of 18th century French artist Jean-Baptiste-Siméon Chardin. Yet overall, Thiebaud’s prolific career defies singular movements and art historical references. Altogether, he simply reflects something authentically, emotionally, and uniquely American.

A monumental survey, Wayne Thiebaud features over fifty paintings, works on paper, and limited-edition prints—many of which are rarely exhibited works from private collections and museums. Among the early works in the exhibition is the iconic Three Machines (1963)—courtesy of the Fine Arts Museums of San Francisco—a dynamic painting of three gumball machines filled with colorful candy orbs in which “tangible reality and abstraction intermix as one.”1 Progressing into the 21st century, Large Pool (2006) and River Sides (2007), large scale richly hued depictions of fertile farmlands and reservoirs,  are exquisite examples of Thiebaud’s omniscient landscapes, scenes that take an alluring perspective of warped panorama in saturated hues. In these works, “space doesn’t just tip and sway before us, but can spread out for miles…as if we were levitating above.”2 Thiebaud’s quintessential Sacramento River Delta landscapes and San Francisco cityscapes establish him as an eminent Bay Area artist. Overall, the range of subject matter and technique present in Wayne Thiebaud demonstrates the exceptional depth and evolution of the artist’s entire oeuvre.

A certain duality exists in Thiebaud’s work: his paintings are tenaciously organized, controlled, and representational while simultaneously playing with abstraction, wit, and whimsy. This push-and-pull has made it wonderfully difficult for critics and art historians to place the artist into one specific movement. Thiebaud was initially associated with Pop art for his paintings of popular consumer goods, yet today his work can be understood as a critique of that very movement. Instead of focusing on the mass-production of cultural objects, Thiebaud renders his subjects out of an intimate nostalgia for what he considered the best of America. Reluctant to labels, Thiebaud dismisses designation to any one art movement, instead describing himself as “just an old-fashioned painter.”3 Still creating work at 99 years old, Thiebaud could also be considered the hardest working painter in America. Perhaps it’s his unique amalgamation of rigor, skill, and imagination that has equipped the artist to paint the everyday sights of American life with utter transcendence.

In addition to the wide variety of paintings and works on paper on view, this exhibition includes a selection of Thiebaud’s prints, from his early small scale black and white etchings of the 1960s to his complex and colorful aquatints and woodcuts of the 1980s and forward. The artist, a masterful draftsman and painter, has also been a prolific and talented printmaker for the entirety of his career. The inclusion of these graphic works in the exhibition helps to provide a true understanding of the depth and breadth of Thiebaud’s artistic output and these artworks have always been an important part of Berggruen Gallery’s programming.

This exhibition is the result of a long-standing, dear relationship between Wayne Thiebaud and Berggruen Gallery. John Berggruen first encountered Thiebaud’s work in New York in 1967. Struck by the artist’s now famous 1964 Delights series, John will never forget the Bay Area artist he discovered that day. John opened his own eponymous gallery three years later where he would show the work of Wayne Thiebaud for the next five decades. It is thus fitting, and an immense honor, to present such a significant survey of Thiebaud’s work in celebration of Berggruen Gallery’s semicentennial and Wayne Thiebaud’s centennial. The exhibition is dedicated to Gretchen Berggruen’s memory.

Wayne Thiebaud was born in Mesa, Arizona in 1920. His family moved to Los Angeles shortly after his birth. From a young age, Thiebaud showed interest in pursuing an artistic career. As high school student, the aspiring artist had a summer apprenticeship with Walt Disney Studios’ animation department. Following his graduation from high school, Thiebaud worked between New York and California as a cartoonist and designer. During World War II, Thiebaud served in the Air Force’s Special Services Department as a cartoonist, then in the First Motion Picture Unit. After the war, Thiebaud attended California State University at Sacramento, where he earned his bachelor’s and master’s degrees. A year in New York City in 1956, in which he befriended Willem and Elaine de Kooning, Franz Kline, and Robert Rauschenberg, pushed him to explore new styles and come to the realization that he was not interested in the kind of Abstract Expressionist work that then dominated Manhattan. Thiebaud received his first solo exhibition from the Crocker Art Gallery (now the Crocker Art Museum) in Sacramento in 1951. Always a teacher, Thiebaud lectured at Sacramento City College and in 1959 became a beloved professor at the University of California, Davis, where he taught until his retirement in 1991. Today, Thiebaud’s work is represented in many significant museum collections, including Albright-Knox Art Gallery, Buffalo, New York; the Crocker Art Museum, Sacramento, the Hirshborn Museum and Sculpture Garden, Washington D.C.; Los Angeles County Museum of Art; San Francisco Museum of Modern Art; Fine Arts Museums of San Francisco; the Smithsonian American Art Museum, Washington D.C.; and the Whitney Museum of American Art, New York. Thiebaud is also the recipient of numerous, prestigious awards, including the National Medal of Arts awarded by President Bill Clinton (1994) and the American Academy of Design’s Lifetime Achievement Award (2001). Wayne Thiebaud currently lives and works in Sacramento, California. 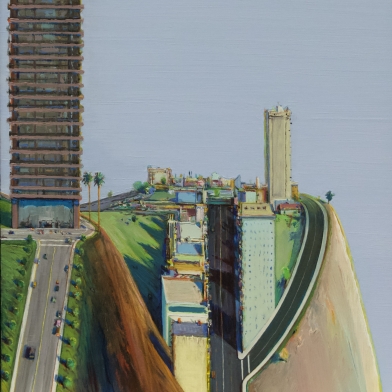 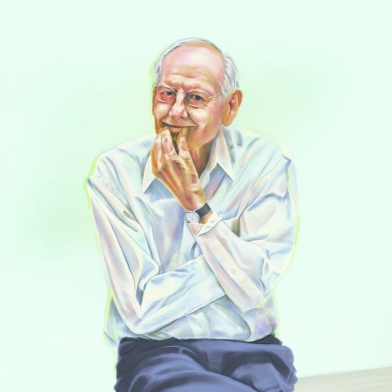 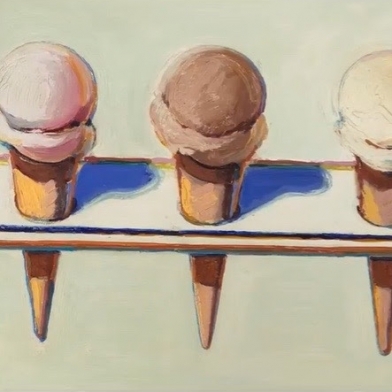 Conversation between John Berggruen and Kathryn Widing on Wayne Thiebaud