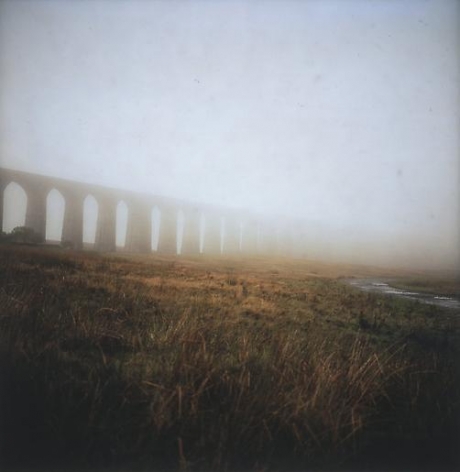 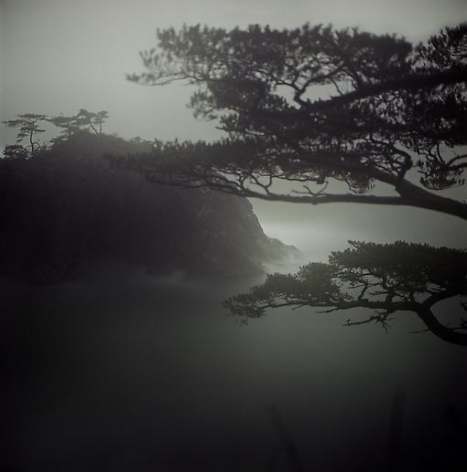 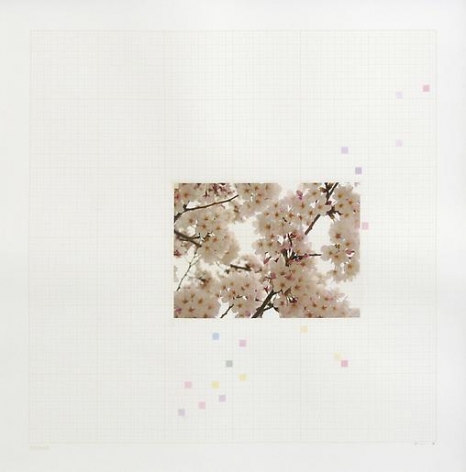 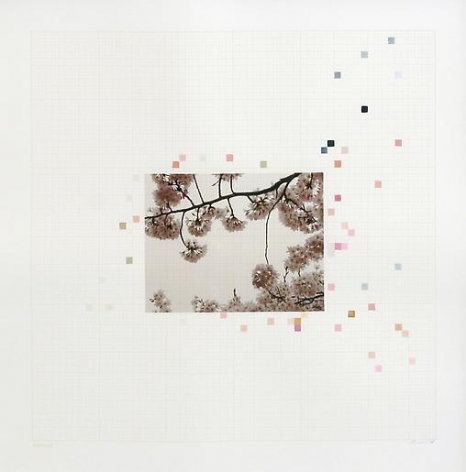 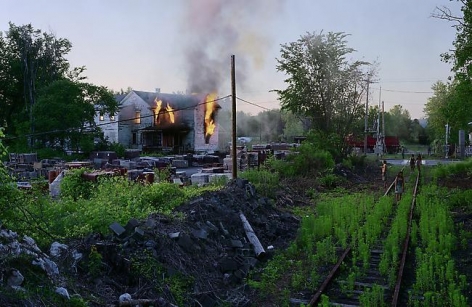 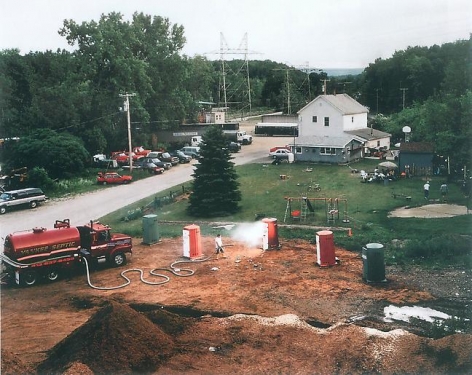 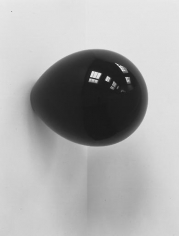 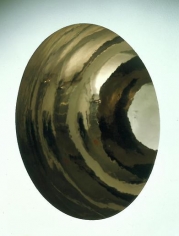 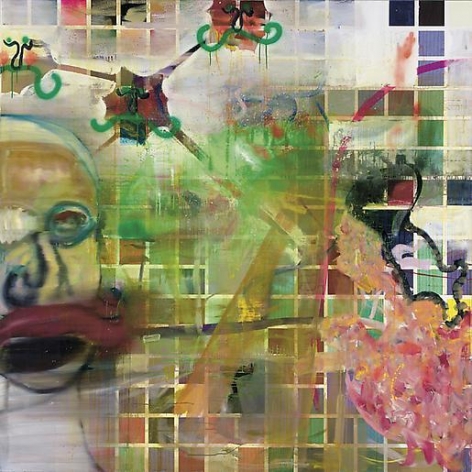 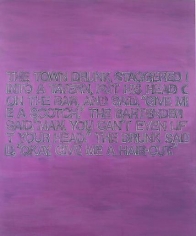 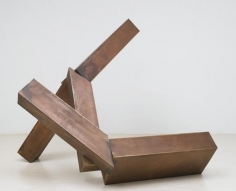 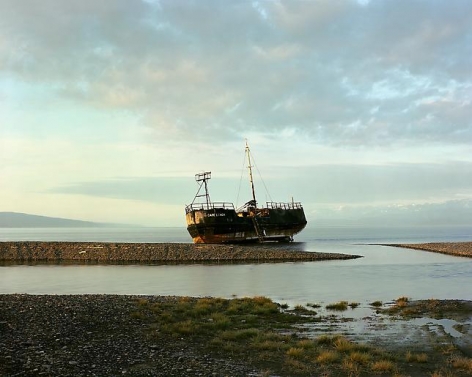 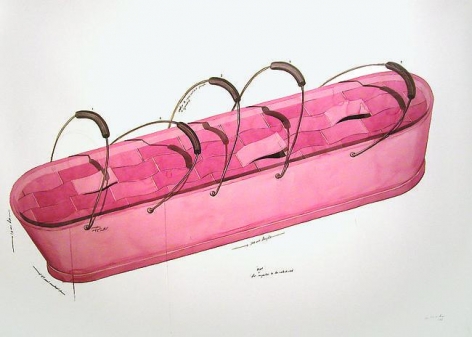 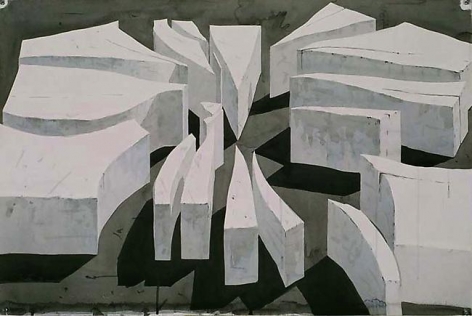 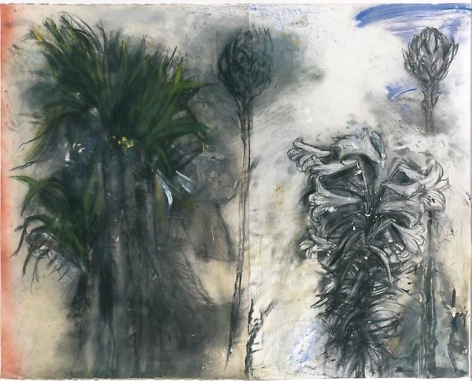 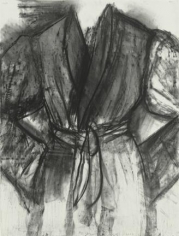 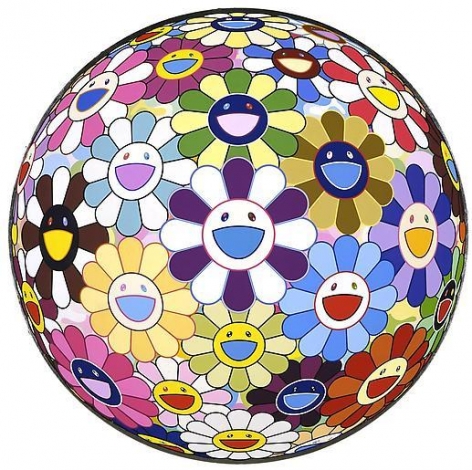 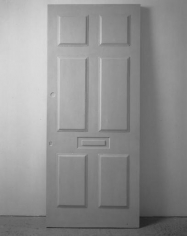 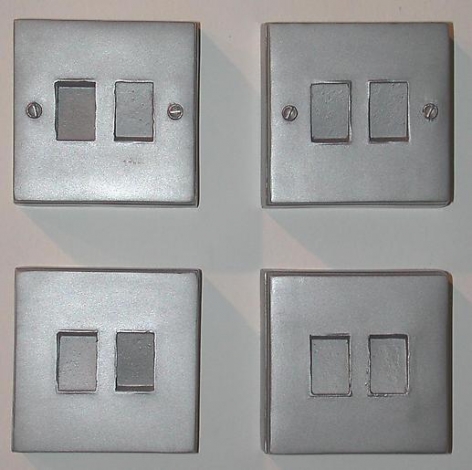 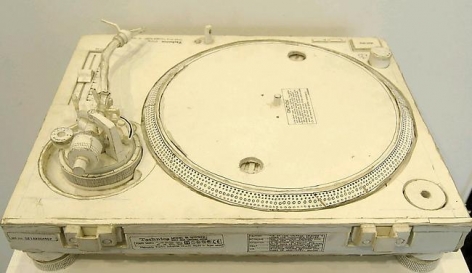 Darren Almond (British, b. 1971) works in a variety of media, including sculpture, drawing, video, and photography. Since his first solo exhibition at White Cube in 1997, Almond's work has been the focus of solo exhibitions internationally as well as been an integral component of group exhibitions like 1997-2000's Sensation at the Royal Academy of Art in London and the Brooklyn Museum of Art in New York.

The large and highly theatrical photographs of New York based artist Gregory Crewdson (American, b. 1962) have solidified his position as one of the rising stars of photography since the 1990's. Crewdson, whose resume includes a teaching position in the photography department at Yale's graduate School of Art and various stints in the role of curator, has been the subject of numerous monographs and museum exhibitions of both national and international scope, including a 2005 retrospective at the Kunstverein Hannover.

Jim Dine (American, b. 1935) is best known for playing a substantial role in the American Pop movement, first earning recognition in the late 1950s/early 1960s with his Happenings – chaotic art performances that he pioneered in association with Allan Kaprow, John Cage, and Claes Oldenburg. Dine was born in Cincinnati, Ohio in 1935, attended the University of Cincinnati and the Boston Museum School and received his B.F.A. in 1957 from Ohio University, Athens. Following graduate study at the University, Dine moved to New York City in 1958. He held his first solo exhibition in 1960 at the Judson Gallery. His work has since been the subject of nearly 200 solo shows, including three major museum retrospectives. Jim Dine's work can be found in numerous private and public collections throughout the United States and abroad including The Metropolitan Museum of Art, New York, Smithsonian Institute, Washington DC, the Museum of Modern Art, New York, Hakone Open-Air Museum, Hakone-machi, Japan, the Tate Gallery, London, England, and the Whitney Museum of American Art, New York, among others.

The work of Tom Friedman (American, b. 1965) is as varied as his educational background. Born in St. Louis, Friedman studied graphic illustration there at Washington University before moving to Chicago to study sculpture at the University of Illinois. His first solo exhibitions occurred in Chicago and in New York in 1991. Since then, Friedman has continued to broaden his oeuvre and has been the focus of solo exhibitions at institutions such as New Museum of Contemporary Art in New York and the Prada Foundation in Milan.

Anish Kapoor (Indian, b. 1954) is a Turner Prize winning sculptor who lives and works in London. Kapoor is best known for his brightly colored, highly reflective, monochromatic curved forms. Since the late 1990s, Kapoor has frequently experimented in the production of massive, architecturally derived sculptures including the large steel Marsyas (2002) installed at the Tate Modern in London, 2004's bean-shaped Cloud Gate in Millennium Park, Chicago, and Sky Mirror (2006) at Rockefeller Center in New York.

Rising to popularity in the early 1990s, the paintings drawings, assemblages, and installations of Karen Kilimnik (American, b. 1955) are idiosyncratic amalgamations of historical interests (portraiture, stage design, fairy tales and ballet) and contemporary obsessions (celebrity, found objects, newspapers and magazines). Kilimnik currently lives and works in Philadelphia. Her work has been included in major solo exhibitions, most recently at Le Consortium, Dijon, the Musée d'Art Moderne de la Ville de Paris and London's Serpentine Gallery. The first comprehensive survey of her work in the US is currently on exhibition at the Philadelphia Institute of Contemporary Art until August 5th before traveling to the Museum of Contemporary Art, Miami (September 7 - November 4, 2007), the Aspen Art Museum (December 14, 2007 - February 3, 2008) and the Museum of Contemporary Art, Chicago (February 23 - June 8, 2008).

Roy Lichtenstein (American, 1923-1997) was one of the most prominent American artists of the 20th century. His work is invariably associated with and often cited as the impetus for the American Pop movement. Lichtenstein's paintings are easily identifiable due to their heavy appropriation of comic book aesthetics and popular advertising conventions. He embarked on his steady rise to fame in 1961, when Leo Castelli began to exhibit his work, eventually giving him his first solo exhibition at the gallery in 1962. Lichtenstein's work is included in the collections of such institutions as the Tate Modern, SFMoMA, the Museum of Modern Art, and the Guggenheim, among others.

Robert Mangold (American, b. 1937) is a Minimalist artist who first gained notability through his affiliation with the Abstract Expressionists of the 1960s. Today, Mangold is known for his elemental, architecturally-influenced paintings, often using mathematical algorithms to create aesthetic forms. Mangold's paintings challenge modern notions of what a painting is or could be, and his work – particularly his Columns - often appear to be objects rather than images. He studied at the Cleveland Institute of Art before attending the Yale University School of Art and Architecture, where he received both his B.F.A (1961) and M.F.A. (1963) degrees. Since his first solo exhibition in 1964, Mangold's work has been the subject of numerous one-person shows, traveling exhibitions and retrospectives and is included in over 75 public collections worldwide.

Citing Bill Gates as one of his major influences, Takashi Murakami (Japanese, b. 1962) has achieved worldwide notoriety through his pervasive production of fine art, digital art, and commercial media. Murakami works in a style known as Superflat – an aesthetic which, through its appropriation and transformation of popular images (predominantly those taken from Japanese anime and manga) into sculpture and painting, attempts to blur the boundaries between Low and High art. Murakami's prolific vision for the accessibility and commercialization of art has often seen him likened to Andy Warhol – a comparison made stronger by the fact that Murakami, like Warhol, produces the bulk of his work at a factory. Murakami attended the Tokyo National University of Fine Arts and Music, initially studying more traditionalist Japanese art, and received a doctorate in Nihonga, a mixture of Western and Eastern styles dating back to the late 19th century. He has been the focus of many international solo exhibitions, as well as served as the curator of such notable exhibitions as 2001's Superflat at the Museum of Contemporary Art in Los Angeles, and 2005's Little Boy at the Japan Society in New York.

Although Jack Pierson (American, b.1960) is predominantly known as a photographer, his body of work also encompasses collage, installation, word sculpture, artist books, and drawing. His Self-Portrait series was exhibited in the 2004 Whitney Biennial and his works are included in major museum collections including SFMoMA, the Metropolitan Museum of Art, Los Angeles County Museum of Art, and the Walker Art Center in Minneapolis. Pierson was the subject of a 2002 mid-career retrospective at the Museum of Contemporary Art, North Miami. He currently lives and works in Southern California and New York.

Richard Prince (American, b. 1949) is a painter and photographer whose work has been the subject of much art world debate since 1975, when he began to appropriate found photographs and advertisements (particularly cigarette ads and celebrity photographs) into his own photographs and collages – fueling international discussion regarding authorship, authenticity, and copyright laws. According to Eleanor Heartney, "Richard Prince made his reputation as the master of the deadpan mode, teasing viewers with the promise that the essence of the American psyche might be discovered in cigarette advertisements, the back pages of cult magazines and the banalities of dirty jokes and cartoons." He was recently the focus of a 2007 solo exhibition at Guggenheim Museum in New York. Prince currently lives and works in upstate New York.

In describing his paintings as "post-non-representational," Albert Oehlen (German, b. 1954), provides a succinct summation of his painterly aesthetic. The majority of his large-scale canvases find themselves purposely walking a fine line between abstraction and figuration – a consequence of Oehlen's interest in challenging the boundaries of conventional abstraction. Oehlen graduated from the Hochschule fur Bildende Kunst, Hamburg, in 1978. Since then, he has been closely associated with the Cologne art scene, although he currently lives in Spain. John Berggruen Gallery is pleased to announce our first upcoming solo exhibition with Albert Oehlen, scheduled for 2008.

Joel Sternfeld (American, b. 1944) is a photographer whose predilection for documenting roadside America has established him as a direct heir to Walker Evans's images of depression-era rural America of the 1930s/1940s. His most seminal project, a series of large-format photographs titled American Prospects (1978-1986), offers poignant glimpses into the postmodern state of the American identity – ripe with suburban sprawl and urban endurance. Sternfeld earned a BA in Art from Dartmouth College in 1965, and has been teaching photography at Sarah Lawrence College in New York since 1985. His photographs are included in the collections of the Whitney Museum of American Art, the High Museum of Art, SFMoMA, and the Museum of Modern Art in New York.