Installation Shot from Patterns of Abstraction

Installation Shot from Patterns of Abstraction

John Berggruen Gallery is delighted to present an exhibition of abstract paintings and works on paper by acclaimed artists Al Held, James Hugonin, Callum Innes, Liza Lou, Sarah Morris, Bridget Riley, and Rudolf Stingel. While dissimilar in their approach, these seven artists share a dedication to abstraction as their primary vehicle for expression.

Al Held (1928-2005) was born in Brooklyn, New York to an underprivileged Jewish family. It was not until he returned from a two-year stint in the Navy, in 1947, that he became interested in art. With the support of the G.I. Bill, he enrolled in the Art Students League of New York, and studied at the Académie de la Grande Chaumière in Paris. He is remembered today as a leading, yet unpredictable, figure in mainstream American Abstract Expressionist painting. Held established himself in the art world at a moment when new media increasingly encroached upon the more traditional realm of painting. Figurative painting was just beginning to gain grounds in the art world again, yet Held remained faithful to his individual abstract style (which evolved considerably as his career progressed). Held was an associate professor of art at Yale University from 1962 to 1980. His work has been the subject of group and solo exhibitions worldwide, including a major midcareer survey at the Whitney Museum of American Art (1974), and more recently at MoMA PS1 (2002) and the Smithsonian American Art Museum (2012).

James Hugonin (b. 1950) studied at the Winchester School of Art (1971-1974), West Surrey College of Art and Design (1971-1974), and Chelsea School of Art (1974-1975). He became interested in abstraction early on in the course of his education, and is primarily interested in examining color through vibrant, dynamic compositions of thousands of small scintillating elliptical markings. His Binary Rhythm series, an intense examination of the relationships forged between light and color, is a stunning exemplar of his style. Hugonin is greatly inspired by the works of Ian Stephenson and Georges Seurat, and by the Northumbrian landscape surrounding his home and studio. Striking a balance between stasis and motion, Hugonin’s vibrant hues dance across the canvas, yet are carefully restrained and controlled by the artist. His achievement of this delicate equilibrium testifies to the artist’s mastery of his medium and to his methodical and deliberate process. The semblance of randomness in the way Hugonin’s colored marks are laid out on the canvas obscures what is actually an excruciatingly deliberate practice: each elliptical mark is carefully placed on the canvas within an underlying structuring grid. The degree of precision in his work leaves no room for error, and although nothing is arbitrary about his methods, he consciously avoids creating patterns. Hugonin has exhibited around the world, and his paintings have been acquired by important public collections including the Tate Gallery and Victoria and Albert Museum, both in London.

Callum Innes (b. 1962) was born in Edinburgh, Scotland, and studied drawing and painting at Gray’s School of Art (1980-1984) before earning his post-graduate degree at the Edinburgh College of Art (1985). Innes began exhibiting his work in the late 1980s. Since having firmly established himself in the art scene during the nineties, Innes has solidified his status as one of the most significant abstract painters of his generation, achieving widespread recognition through major solo and group shows around the world. The artist tends to work alternately on a number of distinct series, each of which he revisits repeatedly, periodically. In the Exposed Paintings series, a single color (mixed by the artist himself) is brushed onto the canvas, then thinned with subsequent applications of Turpentine. Innes washes away the paint from the canvas in this manner, paradoxically un-painting the painting as much as he is painting it. This play between the additive and subtractive processes - the making and unmaking of the art - underlies this formally simple yet conceptually complex, sophisticated body of work. Innes is the recipient of numerous awards including the Jerwood Prize for Painting (2002) and Nat West Art Prize (1998), and was shortlisted for the prestigious Turner Prize in 1995. His work is in the permanent collection of institutions worldwide including the San Francisco Museum of Modern Art; Tate Gallery, London; Centre Pompidou, Paris; and the Guggenheim Museum, New York.

Liza Lou (b. 1969) is an American artist known for constructing dazzlingly intricate sculptural installations and smaller-scale works out of hundreds of thousands of minuscule beads, her trademark medium. Diligence and repetition are the hallmarks of her meticulous process: each individual bead is carefully placed using tweezers. Consequently, her works often take years to complete. She divides her time between her Los Angeles and KwaZulu-Natal, South Africa studios. From her South African base, Lou collaborates with local Zulu artisans, capitalizing on the region’s rich history involving the traditional craft of bead-working while providing work for a largely disenfranchised segment of the population. Lou’s works are meditations on labor (especially that of women) and endurance, and frequently explore psychological space and confinement. Lou has been awarded the Anonymous Was a Woman Artist Award (2013) and a MacArthur Foundation Fellowship (2002). Her work has been featured in recent solo exhibitions at the Museum of Contemporary Art, San Diego (2013) and SCAD Museum of Art, Savannah (2011), and in group exhibitions at the Metropolitan Museum of Art, New York (2010) and Museum of Contemporary Art, Los Angeles (2010), among many others.

Sarah Morris (b. 1967) is an internationally recognized painter and filmmaker, celebrated for her complex abstractions which play with and explore architecture and the psychology of urban environments. Her canvases are smooth surfaces made up of elegant color combinations whose curves, vectors and interlocking formations refer to a distinct way of perceiving our surroundings, and speak to her continued exploration of and fascination with the built environment. Geometry reigns supreme in the American artist’s compositions, which owe much to maps and the aerial point of view. Sarah Morris’s work has been shown worldwide, in solo exhibitions in Sao Paulo, New York, Paris, London, Berlin, Istanbul, and Vienna, to name but a few. She has also been included in group exhibitions at the Centre Pompidou, Paris (2014); Museum of Contemporary Art, Chicago (2013); and Museo de Arte Contemporáneo, Buenos Aires (2012).

Rudolf Stingel (b. 1956) is an Italian-born American artist whose work challenges the viewer to critically consider their own perceptual experience in viewing art. In doing so, he asks his audience to critically evaluate current notions about painting as a means of communication and expression. Stingel’s works frequently mobilize Conceptual and installation art to investigate the creative process. Often, the artist uses inexpensive and readily available materials ranging from Styrofoam to carpet. The surfaces of Stingel’s two-dimensional works are frequently carved, indented, or otherwise altered, providing visible, physical evidence of his interest and engagement with industry and industrial matter. The artist currently splits his time between New York City and Merano, Italy. Stingel participated in the 1999 and 2003 Venice Biennales, and was the subject of a mid-career retrospective at the Museum of Contemporary Art, Chicago which traveled to the Whitney Museum of American Art (2007). 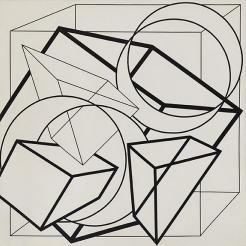 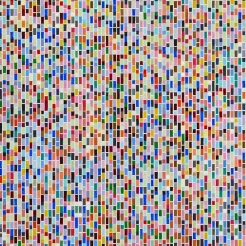 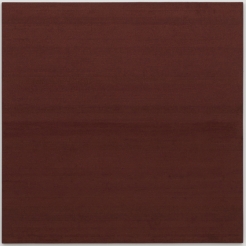 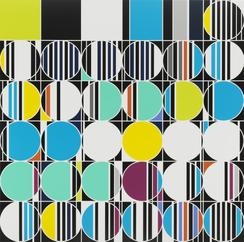 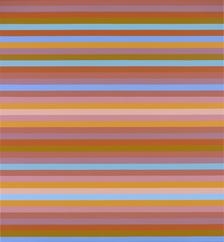