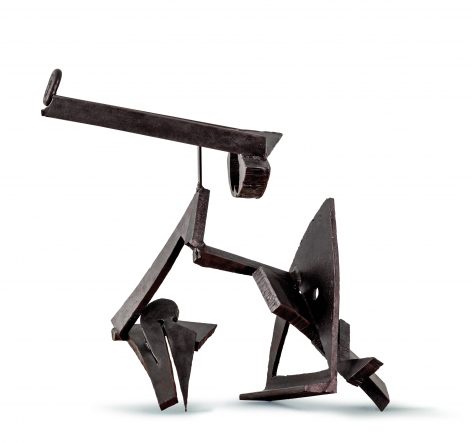 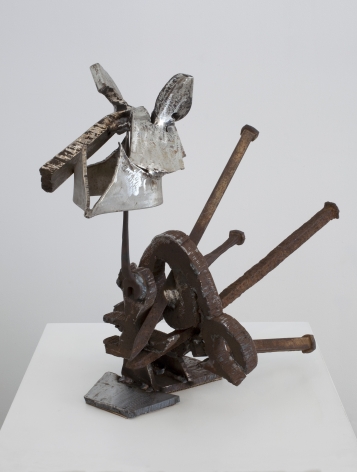 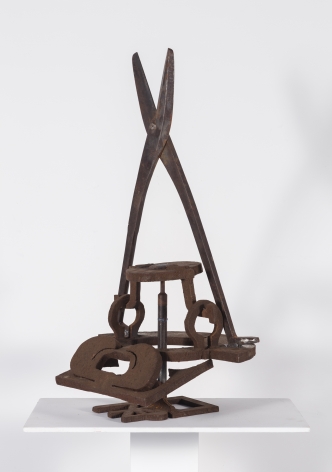 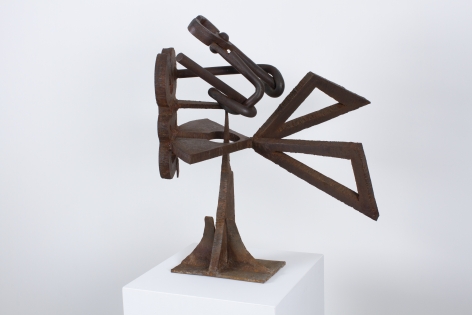 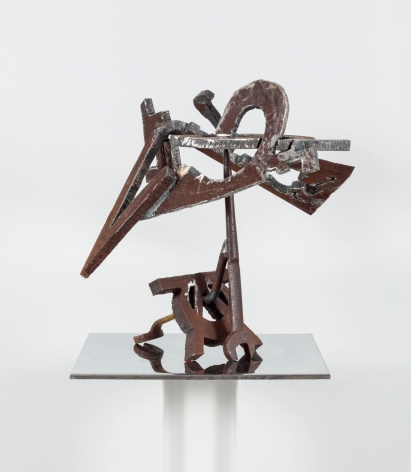 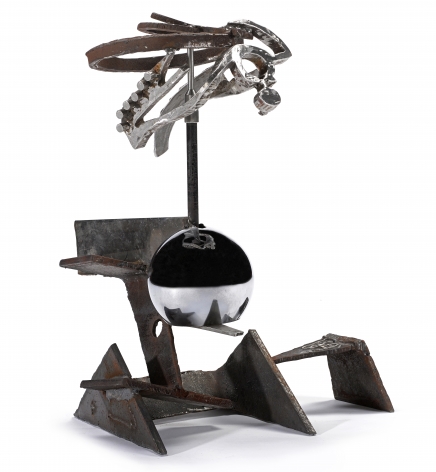 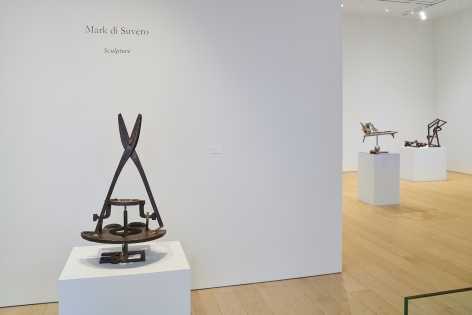 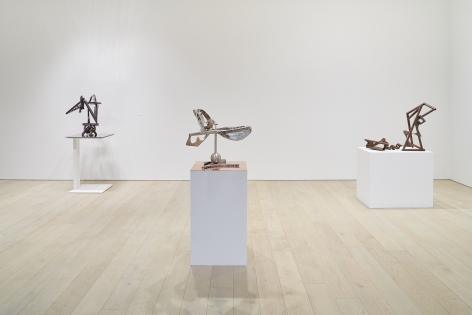 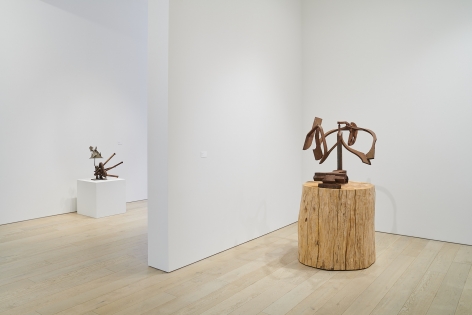 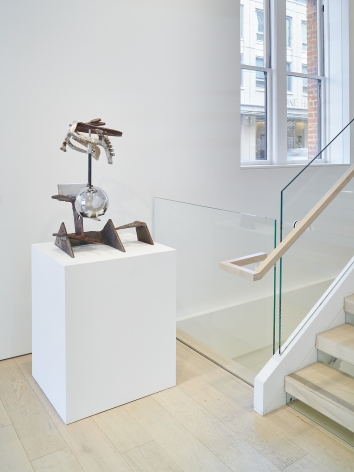 Berggruen Gallery is proud to present Mark di Suvero: Sculpture, an exhibition of work from 1975–2019 by American, internationally renowned sculptor, Mark di Suvero. This show signifies di Suvero’s eighth solo exhibition with the gallery and will be on view January 9 through February 15, 2020. The gallery will host an opening reception for the artist on Thursday, January 16 from 5:00 to 7:00pm.

The current exhibition presents an impressive breadth of di Suvero’s career, including some of the artist’s most quintessential, small and medium-scale steel structures. Mark di Suvero is primarily recognized for his monumental, outdoor sculptures; work that impresses not only due to their magnitude, but also for their complex fusion of geometric engineering with organic forms. Yet no matter the scale, all of di Suvero’s sculptures captivate by directly engaging the viewer. Perhaps this engagement is actually heightened when the artist decreases his scale, as viewer interaction becomes increasingly visceral when confronted with less mass yet equivalent dynamism. Rather than function as maquettes, di Suvero’s smaller-scale sculptures are fully realized works that offer an intimate entry into his oeuvre.

Employing a skilled welding technique, di Suvero composes his sculptures of steel, scrap metal, and other found objects. Oftentimes his work includes components that move or appear to hang in precarious balance. Though feats of masterful engineering, di Suvero also works in the tradition of the Abstract Expressionist movement as he creates forms that are rhythmic, gestural, and energetic. Thus, di Suvero maintains geometric vitality while also revealing something more spontaneous and instinctive in his work.

Spanning five decades of the artist’s career, the work comprising Mark di Suvero: Sculpture offers unique insight into the evolution of di Suvero’s artistic practice. Among the early works in the exhibition are Untitled (1975) and Mayakovsky (1976), both exquisite examples of di Suvero’s reconciliation between daring construction and expressive, organic forms. Advancing to the present day, di Suvero creates work he calls ‘puzzle pieces,’ – intricate structures composed of many different individual parts which have the ability to construct several different configurations within themselves. Most recently, the artist preserves the quintessential properties of his early works whilst demonstrating further complexity and play in additional mediums.

Born in Shanghai, China in 1933, Mark di Suvero immigrated to the U.S. in 1941. Raised in San Francisco, he attended the University of California, Santa Barbara and graduated from U.C. Berkeley in 1956 with a B.A. in Philosophy. His work has been shown in major galleries and museums across the world since the 1960’s, including in the U.S., Europe, Asia and Australia. His outdoor exhibitions have taken place in the Netherlands, Germany, France, Italy, Spain, as well as in many American cities, including permanent installations in Baltimore, Dallas, Grand Rapids, Houston, Los Angeles, Minneapolis, St. Louis, San Francisco, South Bend, and Toledo. In New York, di Suvero’s work is in the permanent collections of the Museum of Modern Art, the Whitney Museum, the Metropolitan Museum of Art and the Storm King Art Center. In 1977, di Suvero created the Athena Fountain to assist artists; composer Philip Glass and sculptor Ursula von Rydingsvard were early grant recipients. The artist also founded Socrates Sculpture Park (SSP) in 1985 and continues to serve as chairman of its board of trustees. Located in Long Island City, SSP is the largest venue for the creation and exhibition of outdoor sculpture in New York City, and also offers job training and an extensive arts education program. The Park, located on city-owned property and affiliated with the New York City Department of Parks and Recreation, has received numerous awards including the Doris Freedman Award, a special citation from the American Institute of Architects (New York Chapter), and the New York State Governor’s Arts Award.