Stanley Whitney (b. 1946) grew up in Philadelphia, but has lived and worked for the majority of his lifetime in Manhattan, traveling occasionally to his second home in Parma, Italy. Whitney, who aspired to painting from a young age, at age eighteen was eager to leave his hometown to study first at the Kansas City Art Institute, from which he received his B.F.A. in 1968, and then at Yale, where, in 1972, he received his M.F.A. In 1968, Whitney also participated in an art program at Skidmore College in Saratoga Springs, New York, where he befriended teacher and mentor, Philip Guston. Under Guston’s guidance, Whitney, who felt drawn to the basic formal qualities of Abstract Expressionism, the pure chroma of the Color Field movement, and the minimalist approach of such artists as Donald Judd, began to experiment with abstraction. The artist, however, does not date his mature style until the 1990s. Today, any viewer of Stanley Whitney’s paintings is immediately attracted to the magnetism of his irregular grids in vibrant, saturated hues. What is not immediately apparent is the influence on Whitney’s work from his African-American heritage and the jazz clubs he would frequent both in Philadelphia and New York. Describing the analogy between music and his paintings, Whitney likens his process to the call and response structure characteristic of African-American music. He explains, “I start at the top and work down. That gets into call and response. One color calls forth another. Color dictates the structure, not the other way around.” Whitney has also described the impact that the 1959 album by Ornette Coleman, “The Shape of Jazz to Come,” had on him and his approach to painting. “It wasn’t easy,” says Whitney. “It was something totally different—a bigger part of the world. And that was where painters tried to take their painting.” Whitney’s work is featured in many important public and private collections, including The Nelson-Atkins Museum of Art, Kansas City, MO; the Philadelphia Museum of Art, PA; The Studio Museum in Harlem, NY; and the Yale University Art Gallery, New Haven, CT. 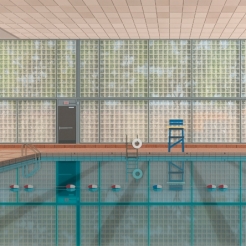 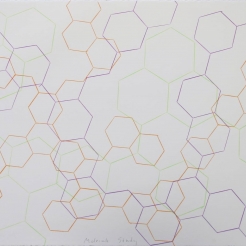 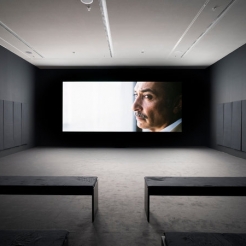 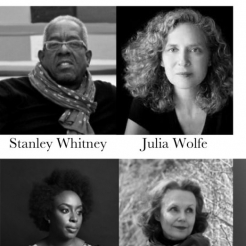 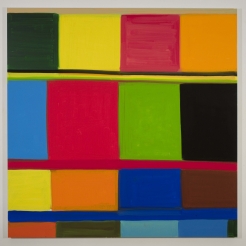