Annette a Table a Stampa (verso: Personnages a table), 1951

Magna and oil on canvas

Oil on canvas in artist's frame

Paper and paint on panel

Ink and collage on Nepal paper

...thing is, he didn’t grow up around many black people, so when I was like,
trying to chop it up with him, he was like what? His parents were trying to
make him the best black person he could be. Tuesday 1:34 pm, 2015

Berggruen Gallery is pleased to present The Human Form, a sweeping exploration of the human figure from the early 20th century to today. It will be the inaugural exhibition in its new space at 10 Hawthorne Street, across from the recently expanded San Francisco Museum of Modern Art.

Bringing together over 60 works by 20th century masters such as Henri Matisse, Pablo Picasso, Lucian Freud, Alberto Giacometti, Edward Hopper, Willem de Kooning, Gerhard Richter, Richard Diebenkorn, and Wayne Thiebaud, as well as leading contemporary artists George Condo, Cecily Brown, Joel Shapiro, Antony Gormley, Kiki Smith and Kehinde Wiley, The Human Form will look at the formal and conceptual ways that artists have approached the representation of the figure. As Dr. Steven A. Nash writes, “The human body has been a lightning rod for creative imagination since humankind’s earliest impulses toward graphic representation. As the most common attribute of our shared humanity, it provides a powerful channel for empathetic communication of ideas, emotions, ideals, and beliefs. Throughout the history of image-making, the body has inspired countless varieties of interpretation, but it is safe to say that no other period of art history has seen the inventive, radical, and expressive explorations of this human vessel that characterize the modern era starting in the early 20th-century.”

The exhibition is the first in the gallery’s new space, and reflects the Berggruen’s interest in putting into conversation works of historical significance with contemporary pieces that grapple with the most pressing issues of our time. The gallery has a long history of exploring figuration through its exhibitions, and this show provides an in-depth look at the significant role the figure has played for artists over time, and the way it has been adapted throughout the narrative of 20th and 21st century art. The exhibition will be accompanied by an illustrated catalogue with an introductory essay by Dr. Steven A. Nash, Founding Director of the Nasher Sculpture Center, Chief Curator at the Fine Arts Museums of San Francisco, and most recently, Director of the Palm Springs Art Museum. 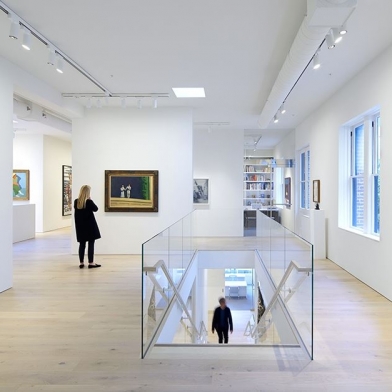 John Berggruen's Latest Opening Is His Own 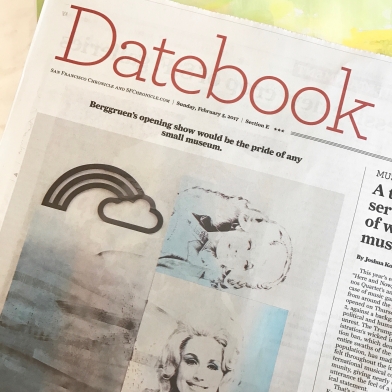 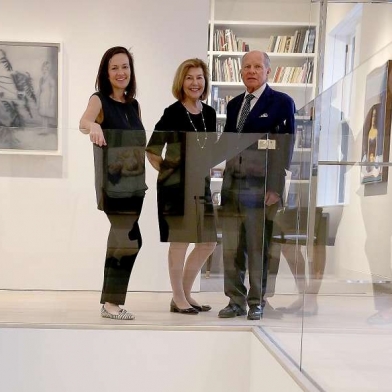 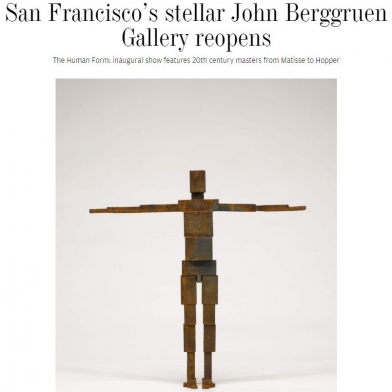 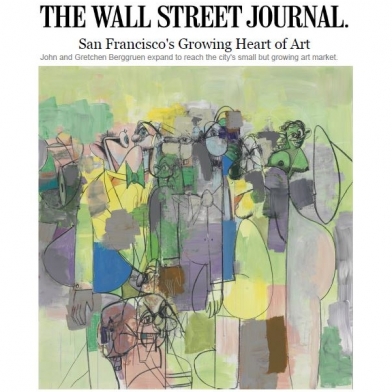