Long hailed as among the most important works ever created by Johns, the Numeral Series are an exercise in what Rosalind Krauss terms "the infinite expansion of man made sign systems," through which his work "conveys infinite nuances of meaning which multiply through his prints into a boundless territory of possibilities." Johns is often regarded as one of the fathers of conceptual art—a movement dedicated to the constant examination of the concept 'art,' as evidenced in both the innovative use of quotidian subject matter and the anachronistic return to print-making techniques that is found in Johns's work in general and in his Numeral Series in particular. The Numeral Series exist in this liminal state of conceptualism, fluctuating between realism and abstraction, art and life, the artwork versus the thing itself. As the artist Joseph Kosuth has written, "[in Johns's work] one has a particularly good example of art existing as an analytical proposition." Strong words for an accidental print-maker.

Johns was introduced to lithography in 1960 through an invitation by Tatyana Grosman to produce prints at the Universal Limited Art Editions (U.L.A.E.). Initially hesitant to work with what was then considered an antiquated medium, Johns was lured to the U.L.A.E. by friend and artist Larry Rivers, who famously promised that "prints helped pay the rent." While Johns's first completed print was Target (1960), his inaugural attempt at print-making took the form of the symmetrical and easily configured number zero. Since then, he has produced more variations on numerals than on any other subject matter - totaling over 150 paintings, sculptures, and series of prints including the works featured in this exhibition. Black Numerals Series (1968) and Color Numeral Series (1969) mark the beginning of Johns's collaboration with Gemini G.E.L., where, under the direction of Ken Tyler, Johns was able to produce prints that were comparable to paintings in size and in stature; they were intended to be hung in frames, exhibited together, and interpreted as existing as individual parts of an extremely large and cohesive singular wall object. These works attest to Johns's innate obsession with repetition and difference, the socially constructed and historically bounded nature of language and symbols (numbers), and the notion that prints can be as personal and unique as other forms of art existing in his oeuvre.

Jasper Johns was born in Georgia in 1930 and grew up in South Carolina where he attended the University of South Carolina before moving to New York City in 1949 to study at Parsons School of Design. In 1952 he was drafted into the army and served in Japan during the Korean War. Upon his return to New York in 1954, he began his series of American flag paintings. These flags were the basis for his first solo exhibition, held in 1958 at the Leo Castelli Gallery.

John Berggruen Gallery would like to extend our gratitude to the Fine Arts Museums of San Francisco Anderson Graphic Arts Collection, whose loan of the Black Numeral Series has made Jasper Johns: Numerals possible. 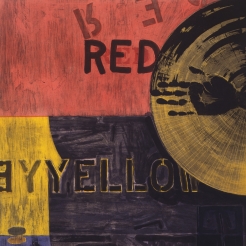