Joel Shapiro received his B.A. in 1964, and his M.A. in 1969 from New York University. Since his first solo exhibition in 1970, Shapiro's work has been the subject of more than 160 solo exhibitions and retrospectives. Significant earlier solo exhibitions include the Walker Art Center, Minneapolis and Nelson-Atkins Museum of Art, Kansas City which co-organized and exhibited Joel Shapiro: Outdoors, the first major outdoor exhibition of the artist's bronzes (1995-96); Joel Shapiro organized by IVAM Centro Julio Gonzalez, Valencia, Spain that later traveled to the Louisiana Museum of Modern Art, Denmark, Kunsthalle Zurich and Musee des Beaux-Arts, Calais, France (1990-91); Joel Shapiro, an exhibition of drawings and sculpture, was organized by the Stedelijk Museum, Amsterdam and later exhibited at the Kunsthaus Düsseldorf and Staatliche Kunsthalle, Baden-Baden, Germany (1985-86); a major mid-career survey organized by The Whitney Museum of American Art, New York with subsequent venues at the Dallas Museum of Fine Arts, the Art Gallery of Ontario, Toronto and San Diego Museum of Contemporary Art (1982-84); and Joel Shapiro: Sculpture and Drawing at The Whitechapel Art Gallery, London that later traveled to the Museum Haus Lange, Krefeld, Germany and Moderna Museet, Stockholm (1980).

Joel Shapiro was granted the Chevalier dans l'order des Arts et des Lettres, France in 2005. In 2004, he was awarded the American Foundation for AIDS Research Award of Excellence for Artistic Contributions to the Fight Against AIDS, Dallas, Texas Art Resources and the Transfer DUC Honor, New York. Shapiro was elected to the American Academy of Arts and Letters in 1998 and to the Swedish Royal Academy of Art in 1994. Throughout his career, he has been honored with numerous awards including an Award of Merit Medal for Sculpture given by the American Academy and Institute of Arts and Letters, NY (1990); Skowhegan Medal for Sculpture (1986); Brandeis University Creative Arts Award (1984); and the Visual Art Fellowship from the National Endowment for the Arts (1975). In addition, Mr. Shapiro's work has regularly been exhibited in prestigious group exhibitions such as the Whitney Biennial, NY (1977, 1979, 1981, 1989), Documenta in Kassel, Germany (1977, 1982), and the Venice Biennale (1980). 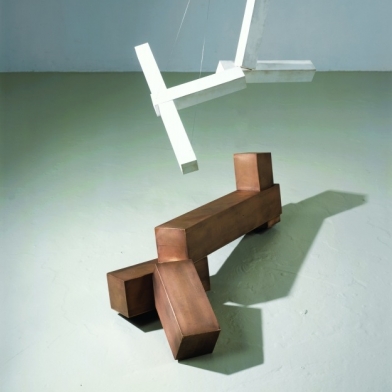 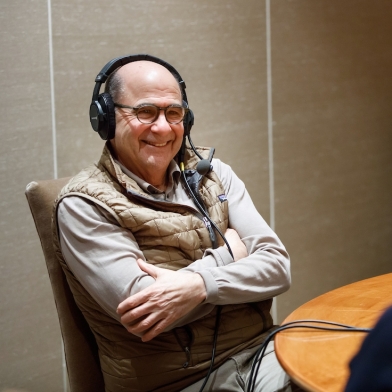